Trinity XIII from the Ordinariate Customary 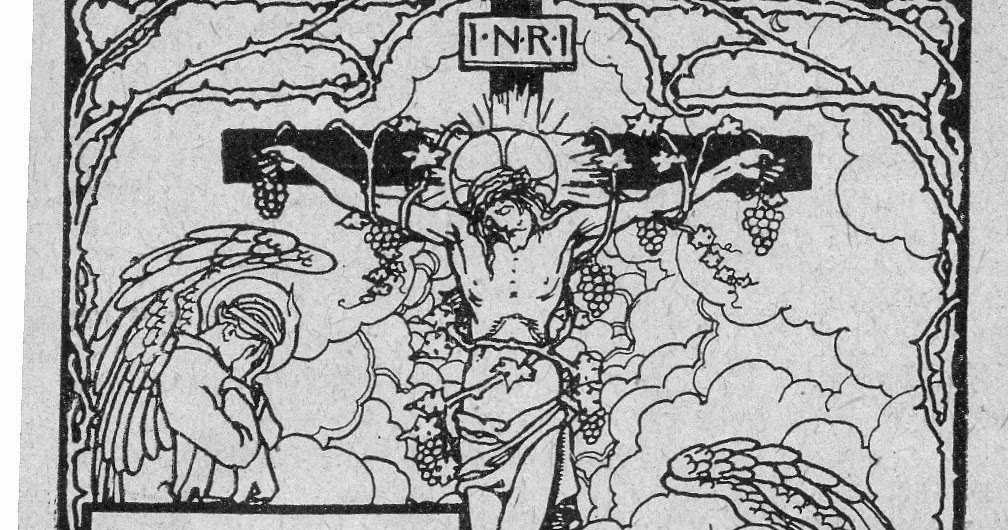 Almighty and merciful God, of whose only gift it cometh that thy faithful people do unto thee true and laudable service: grant, we beseech thee; that we may so faithfully serve thee in this life, that we fail not finally to attain thy heavenly promises; through the merits of Jesus Christ thy Son our Lord, who liveth
and reigneth with thee, in the unity of the Holy Spirit, ever one God, world without end. Amen.

For who is this good Samaritan but he who came down from heaven to be our Saviour? That was his journey which he took, and he made himself a Samaritan, that is, poor and despised, a scorn of men and an outcast of the people. And who is the poor man by the road side, but each of us miserable sinners? Who the robbers, but those evil spirits who stripped our first father of his robe of righteousness, the Image of God in which he was created, and gave him the deadly wound of wilful sin? Who the priest and Levite, but the imperfect helps which God ordained for his people for a time in the Old Testament, which could only look at them and pass by, not having power really to deliver them? And thus the way was prepared for him who not only saw but had compassion: and not only had compassion but came unto us, became Emmanuel, and not only came unto us but bound up our wounds, pouring in oil and wine, healing our past sins and giving us grace, and not only tended us where we lay, but put us on his own beast, and took us like lost sheep on his shoulders, and brought us to an inn, his Church, his House of refuge, and is even now taking care of us.

The Samaritan in the parable came as it were by chance where the wounded traveller lay: but our Good Samaritan took the journey on purpose, he came along that road, the road of earthly trouble, the Highway of the Cross, because he knew that on either side of it the children of Adam were lying in their misery. And the Samaritan in the parable made us of the inn which others had made ready for him on the road, but the true Samaritan himself prepared the Inn to which he takes us for refuge, his holy Church, the house of sinners on their trial, till he come again and take them with him to his own home, where he hath prepared a place for each one of them.

Who then is the master of the inn? Those to whom he hath given the care of his Church: all Christians in their measure and place, but most especially Christian ministers. We who in one respect are as the poor traveller in the parable, in another respect are as the master of the inn. Sinners ourselves, redeemed, and brought into God’s house, we are commanded to be continually shewing mercy on other sinners. Every brother whom God’s Providence puts in our way comes to us with our Lord’s word, ‘Take care of him’, ‘I give thee something, fear not to spend it on him or even more if need be’: and does not our brother come to us with our Lord’s promise too, ‘Whatsoever thou spendest more, when I come again, I will repay thee?’ Yes, surely he does: and this is the point which I desire especially now to consider. I wish that you and I and all Christians should regard each one himself as the host, to whom the good Samaritan brought the poor man, and should order his ways to his poor brethren accordingly.